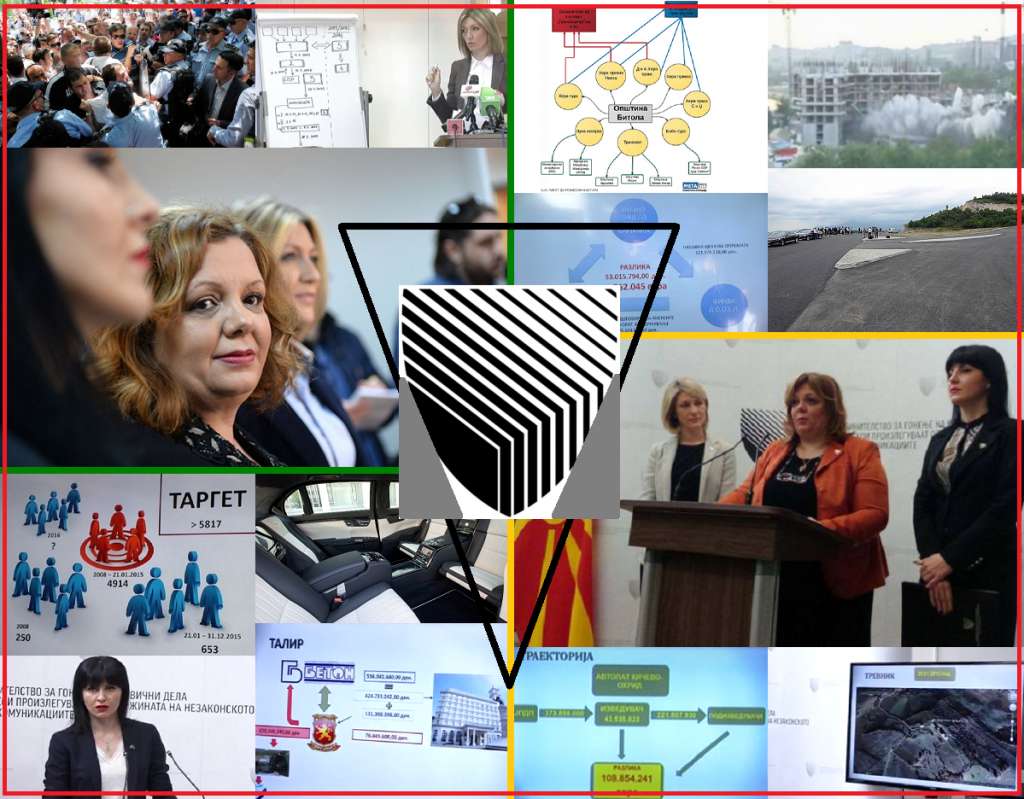 DOSSIER – All of SPO’s investigations The goal of the mini dossier is to arrange the basic data as well as the links to all investigations published and initiated by the Special Prosecution Office (SPO) in one place, thus saving the time of all interested individuals such as journalists, researchers, students, citizens, activists etc., and all organizations that see the need to become acquaint with and/or report about SPO’s work

For the time being, the mini dossier contains information about the investigations initiated by this prosecution office, the issued indictments and the reports as well, which according to the Law, should be submitted to the Parliament every six months. It does not contain unpublished data or articles, but it will be regularly updated with new information and new activities (investigations, indictments, trials, judgements etc.) as they appear. Each article below contains link to the transcript from the press conferences or SPO’s reports, which announce new investigations, as well as link to journalistic articles (aggregated by the news aggregators) that have covered the same topic.

The mini dossier does not aim to replace the official and journalistic information sources about and concerning the SPO, but to allow swift reach to basic information, as well as faster and simple approach to already existing information related to this topic.

In accordance with the future circumstances, the mini dossier will also comprise additional information which is believed to be important.

Stay With Us
Legend