A video was broadcasted on TV Ukraine 24, in which President Volodomir Zelensky allegedly called for demilitarization and announced the capitulation of the state. The video is fake, and this was confirmed by several relevant sources, including TV Ukraine 24, and President Zelensky himself. According to the television, this is a hacker attack

Ukraine 24 TV was the target of a hacker attack aimed at spreading Russian propaganda. On March 16, a video was broadcasted on the mentioned television, in which the President of Ukraine, Volodymyr Zelensky, allegedly called for demilitarization, more precisely, to disarm the army and the population. Also, in the fake video, it was pointed out that Zelensky announces the capitulation of the state.

The video was fake, and this was confirmed by several relevant sources, including TV Ukraine 24, and President Volodomir Zelenski himself, who denied it through a video. 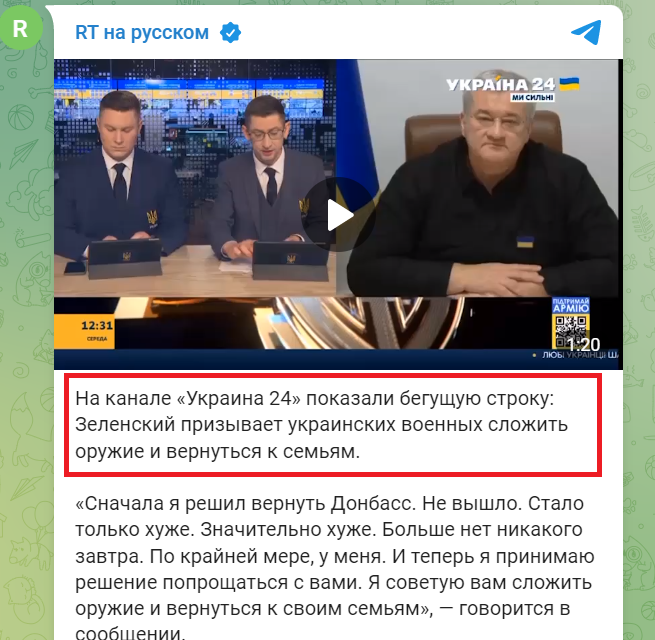 In the fake video, which was later deleted, Zelensky allegedly states:

As a first attempt I wanted to bring back Donbas, but this failed. It just got worse. Much worse. It is more than clear that there is no future, at least not for me. I decided to say goodbye to you. I urge everyone to lay down their arms and return to your families.

TV Ukraine 24 immediately responded, claiming that this was a hacker attack.

This is a lie, friends, we are constantly warning about this. No one will give up. Especially in conditions when the army of the Russian Federation suffers defeats in the battles with the Ukrainian army, wrote Ukraine 24 TV on “Telegram”.

According to the television, this is a fake video made by Russian hackers. 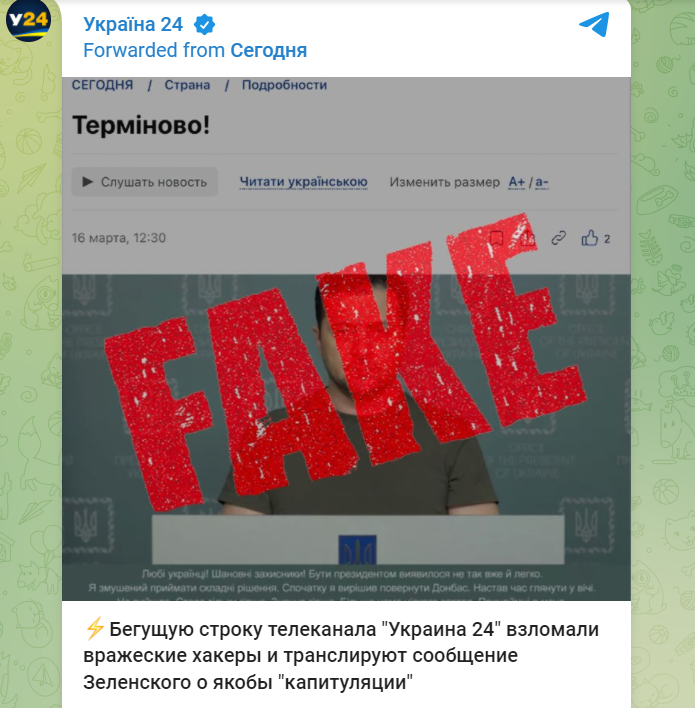 Following the release of the video, Ukrainian President Zelensky addressed the nation via new video. He described the fake video as a provocation by the Russian Federation.

The Meta Security Protocol Service – which owns the social networks Instagram and Facebook – also confirmed that it was a “deep fake” video that quickly spread on social networks.

Meta’s head of security policy, Nathaniel Gleicher, tweeted that the fake video had been deleted and was most likely made with the help of the so-called “Deep fake” technology, something that, if confirmed, would be the first such incident since the start of hostilities in Ukraine.

The video appeared on a compromised network station and spread through the Internet, Nathaniel Glaser said on Twitter. 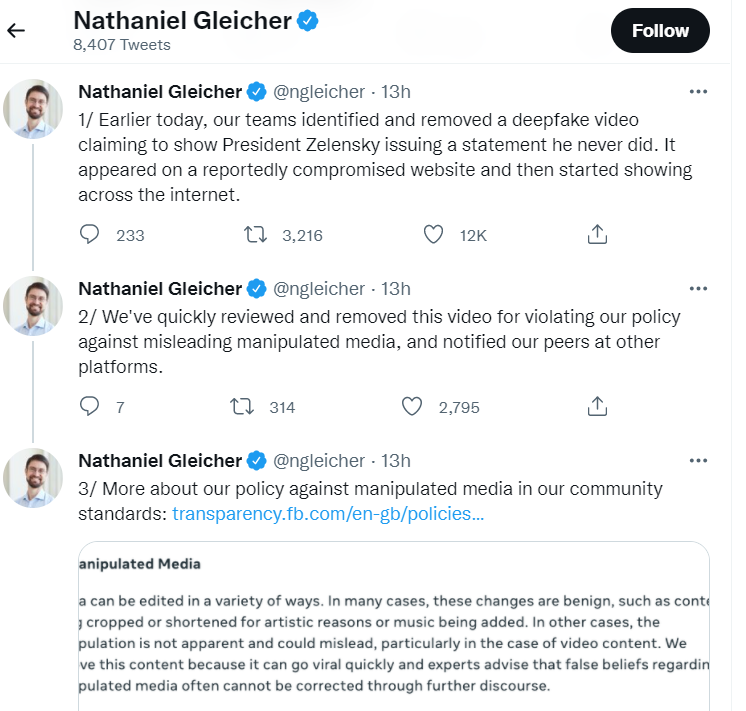 After the fake video with Zelensky, a new “deep fake” video of Russian President Vladimir Putin appeared which allegedly announced the capitulation of Russia. 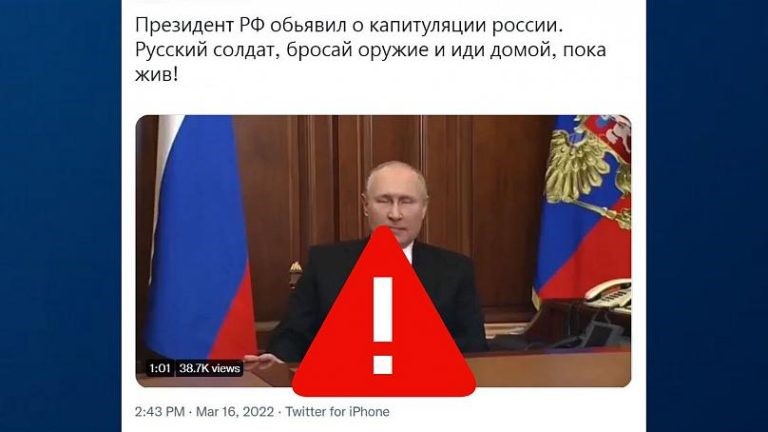 Due to the confirmation from several relevant factors, institutions and the President of Ukraine, Volodymyr Zelensky, we conclude that this is fake news and fake video, in order to manipulate the public.

Although Mayor Bexheti Promised, Construction Work on the Saraj Polyclinic was not…

Russian Propaganda in Macedonia after the Referendum until NATO Membership