In the Metamorphosis Report about media reforms entitled: Halfway completed reforms – the political will is here one minute, gone the next, the key problems and the main issues affecting the media and media workers were presented in detail. AJM Executive Director Dragan Sekulovski and CMEM Chairwoman Katerina Sinadinovska agree that there is a lack of systemic reforms that will guarantee a healthy space in the future for the functioning of the media business.

In the last European Commission Progress Report on North Macedonia, and in terms of the media sphere, it was noted that in general, there is limited progress. The growing tensions during the Covid-19 crisis were also noted, and it was also pointed out that the efforts for self-regulation should be continued, which would be followed by concrete results for the progress in the professional standards of journalism.

Greater transparency regarding media advertising by state institutions and political parties should be ensured. Authorities need to step up their efforts to reform the public service broadcaster, ensuring its independence and financial sustainability. The Public Broadcasting Service has adopted a five-year development strategy, but the reform process has been hampered by delays in appointing members to its board and to the council of the Agency for Audio and Audiovisual Media Services. The Covid-19 crisis had a strong economic impact on the media sector, especially on regional and local actors. The media were included in the aid package, but journalists’ labor rights still need to be addressed, the EC report said.

Some time has passed since the publication of the Progress Report on the country, but have the problems been solved and to what extent?

Dragan Sekulovski, executive director of the Association of Journalists of Macedonia (AJM), says the solutions are clearly identified, but what is missing is political compromise and political will.

The solutions are clearly identified and some of them imply a stable budget of the public service and media regulator as well as law enforcement in the part of election of members of the governing bodies of MRT and AAAMS, something for which there is simply no political compromise and it shows that there is no political will to implement real systemic changes in the sector. In addition, paid political advertising during election campaigns, especially when it is not regulated in the online media, creates an opportunity for misuse of public money by political parties and entities in order to bribe the media to the detriment of the public interest. Additional attempts to return unpopular government campaigns to the private media that paid citizens’s money and ignore a request for a public debate on the need for a Free Media Fund to support journalistic products of public interest only show that the government currently has no honest approach in creating support mechanisms in the media sector, says Sekulovski for Truthmeter.

According to him, a strategy for the development of the media sector at this stage is not needed because in that way, following the example of colleagues in Serbia, the process can be abused by the Government and used as an argument for a further delay of ongoing processes such as are the adoption of the Criminal Code and the Law on Civil Liability for Defamation and Insult, as well as other current issues on which the media community insists.

Katerina Sinadinovska, Chairwoman of the Management Board (MB) of the Council for Media Ethics in Macedonia (CMEM) says that the current legal solutions that should improve the situation in the media are present only on paper and stuck in Assembly with the explanation that there is no consent from all the political factors to push them. This practically shows where on the list of priorities media reforms are. 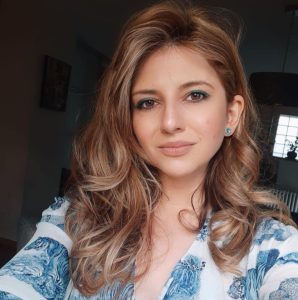 If we add to this the factual situation with the national service and the fact that the Government does not respect its own law on financing MRTV, it is clear that this political structure does not aim to build a professional and quality public service.

The way in which budget funds are poured into private media is again a great recipe for classic corruption and influence on editorial policy by both the government and the parties in general.

The general assessment is that despite the improvement of the overall atmosphere in the media space, in terms of freedom of speech, there are no systemic reforms that will guarantee a healthy space for the future functioning of media business and journalism as a profession on the pillars of democracy and the Code of journalists, says Sinadinovska.

The Metamorphosis report located the real problems in the media

The Metamorphosis Report on Media Sector Reforms, entitled: Halfway Reforms – Halfway completed reforms – the political will is here one minute, gone the next, the key issues and the main issues affecting the media and media workers were presented in detail. This Report covered the topics of media dependence on public money, state subsidies, self-regulation, paid advertising, public service, and AAMS. The report notes that the danger of influencing media editorial policy is still a reality, given the fact that the 2018 election legislation stipulates that media coverage of parties’ election campaigns will be financed from the Budget. The media needs to apply to monitor the elections, and then the parties themselves through their own system of preferences determine in which medium they will spend the money. Furthermore, it is concluded that neither a new composition of the Programming Council of MRT (NRT) nor a new composition of the Council of the Media Agency (AAMS) has been elected, although the attempts have been ongoing since 2018. A strategy for the development of the media sector as a whole, at the state level, does not yet exist, says the executive summary.

AJM says that the Report on Monitoring the European Integration Process: Reforms in the Media Sector of “Metamorphosis” largely confirms the findings of the Association of Journalists of Macedonia published last month in the annual Report on the degree of media freedom and security of journalists in 2021. In this document, AJM also states that the state of media freedom and safety of journalists and the implementation of existing national legislation related to the media depends on political will and in the country is “Three steps forward – two steps back.”

Despite the improvement in the environment in which journalists work, in which there are less frequent examples of direct pressure compared to a few years ago, the main problems repeated in these two documents are basically the non-fulfillment of obligations to create a favorable environment in which journalists and the media can work. These tasks of the government and the assembly were stated five years ago by the Group of Senior Experts on Systemic Rule of Law Issues, led by the former European Commissioner Reinhard Priebe, which are regularly pointed out by local and international organizations in their reports and analyzes, says Sekulovski.

Katerina Sinadinovska also agrees that the Report reflects the real situation in the media and gives a complete picture of the problems of professional Macedonian journalism, but also the media business as a whole.

Focusing on the key issues in providing quality information to citizens and building a professional media system, the Report practically provides guidance on what needs to be done and what reforms and moves are needed.

Clearly pointing out and dividing the responsibilities of the journalistic community, the government through the institutions of the system and the media themselves, as companies, is equally important in achieving these goals, she said.

According to this, many more efforts will be needed in the media sphere to solve the accumulated problems, especially since very little has been done in the last year to move things – from paper, into practice.