Scene from a 2017 Movie, Falsely Presented As a Scene from the Current Invasion in Ukraine

The video is actually a clip from a movie shot in 2017, and not Ukrainian soldiers going to war. The video is from the movie “The War of Chimeras”. The film documents the story of a young couple during the battle of Ilovaysk, which took place in 2014 near Donetsk, Ukraine

We are reviewing content shared on the social network Facebook, which contains video material that is alleged to have originated from the Russian invasion of Ukraine that took place on February 24, 2022.

In times of war, videos that portray what people in the affected areas – experiences that evoke emotions, especially in readers, and are etched in memory. Since the beginning of the Russian military invasion of Ukraine, the Macedonian media have been constantly publishing videos, photos and testimonies of the hostilities, but some of them, as we announced in the previous days, either do not come from the current military invasion, or are untrue and fabricated, or are old from other military conflicts that took place in other parts of the world.

The article shares a video of soldiers saying goodbye to their partners, scenes accompanied by uncertainty and sadness.

“Damn war! Scenes of anxiety, farewell, love in Kyiv,” reads the description of the video.

Here is the capital of Ukraine: scenes of anxiety, farewell, love … pic.twitter.com/rjB2RWkFS9

Is this video really from Russia’s ongoing invasion of Ukraine?

The video is actually a clip from a movie made in 2017, not Ukrainian soldiers leaving for war. The video is from the movie “The War of Chimeras”. The film documents the story of a young couple during the battle of Ilovaysk, which took place in 2014 near Donetsk, Ukraine.

The description of the film reads: “A story about war, love and death, presented through the direct participants in the events.”

The hugging couples can be found in the movie trailer around 22 seconds in the following video. 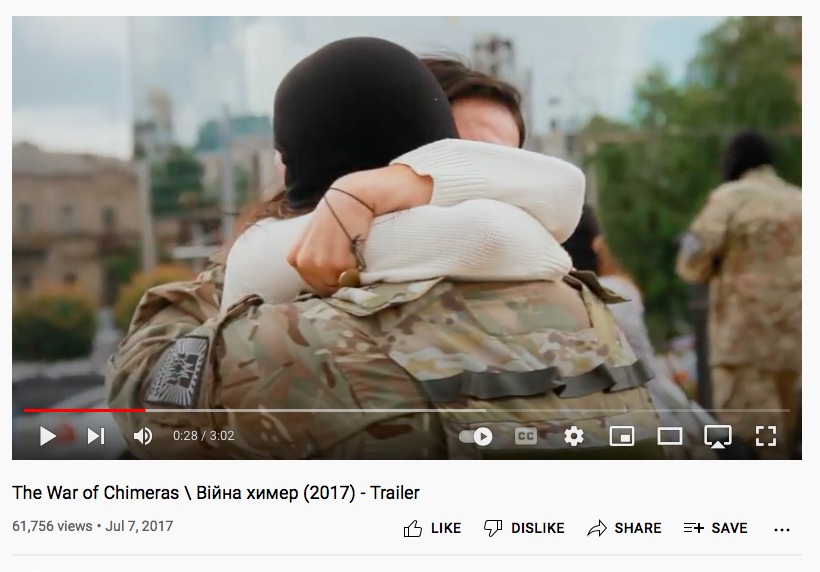 On the following link, you can see a photo from the same movie, of the couple embracing in the video, which in the Macedonian media is presented as if it is from the current Russian invasion. That photo was published on the website of the Czech Documentary Film Institute. 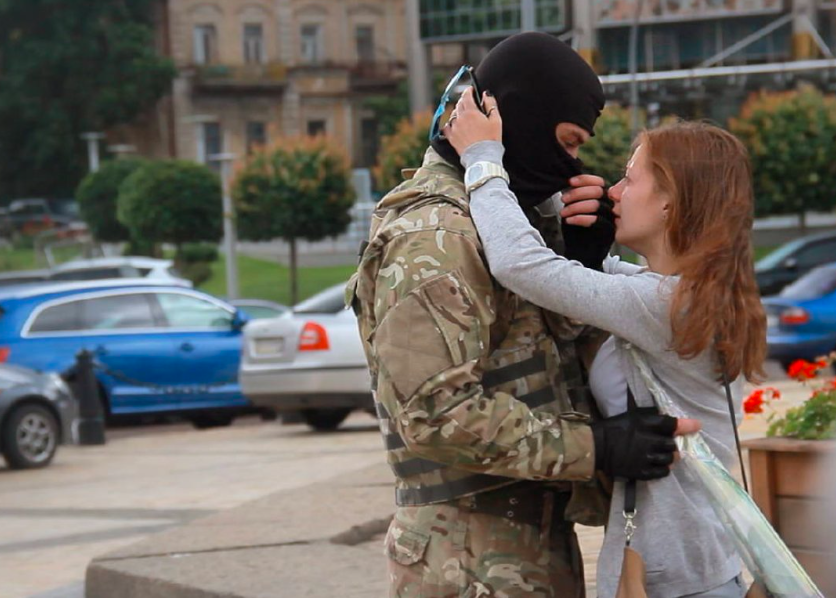 Given all of the above, we estimate that this is a post that is only partially untrue, in the part where a video is shared (one of several) of soldiers saying goodbye to their loved ones, allegedly before the current invasion, and, in fact, it is a video clip from a movie from 2017.