The decision of Milorad Dodik to bestow and award Vladimir Putin, the man who launched an unprovoced invasion of Ukraine that has resulted with the death of thousands of civilians and the massive destruction of infrastructure was reprehensible, stated the announcement of the American Embassy in Sarajevo. 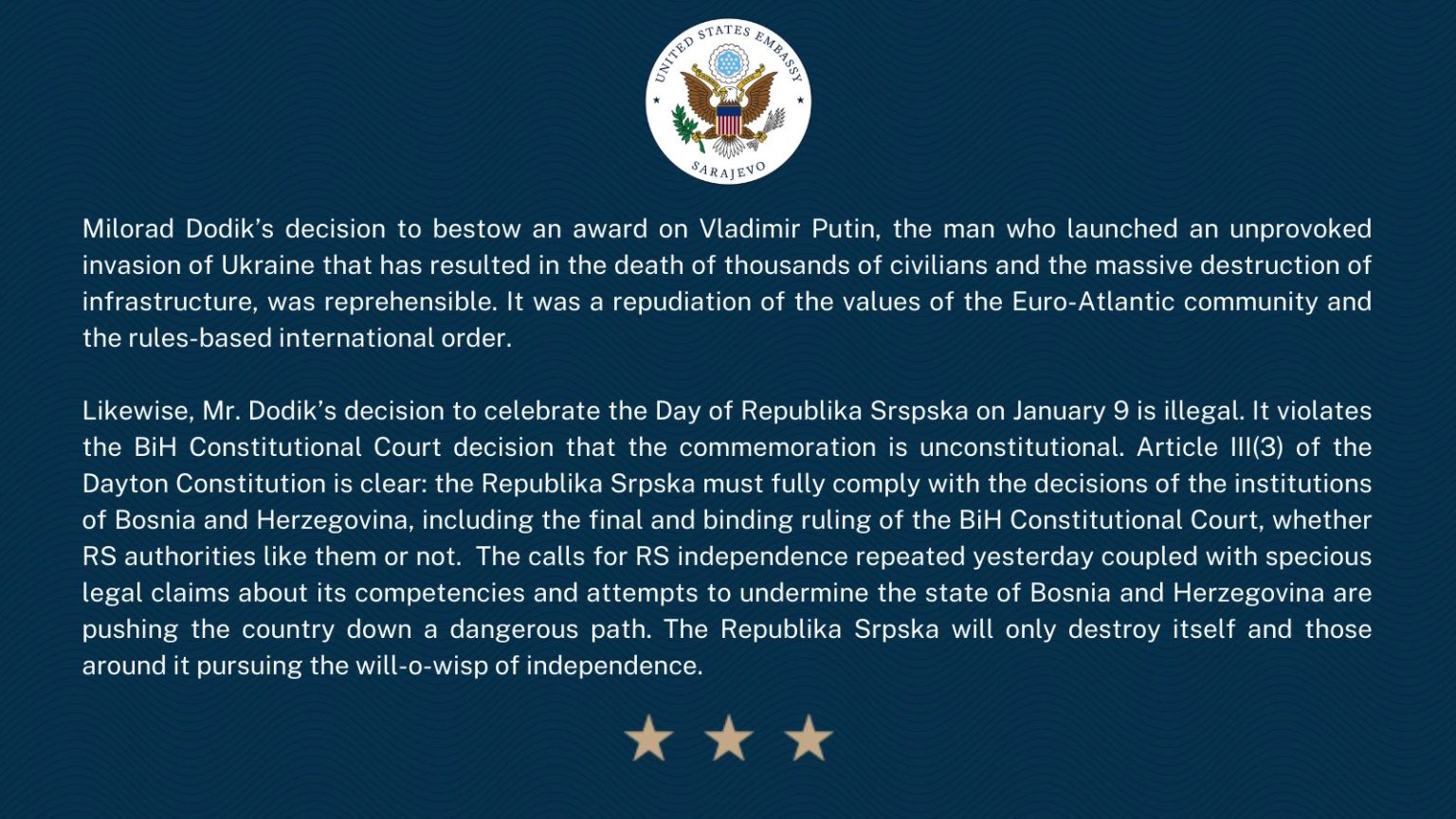 The Russian President Putin was awarded on marking the occasion of 9th January, the so-called Republika Srpska Day which has been declared unconstitutional twice by the Constitutional Court of Bosnia and Herzegovina.

In the course of bestowing, Dodik thanked the President of the Russian Federation, Vladimir Putin, for his ”certain support of Republika Srpska”.

Thanks to the position of Vladimir Putin and the strength of the Russian Federation, the voice and position of Republika Srpska are heard and respected, while preserving its position under the onslaught of international interventionism, said Dodik, announcing that he will be delivering the order personally to Putin on the following meeting. 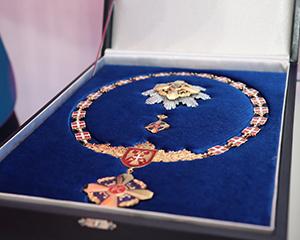 The European Union responded sharply through its spokesperson, Peter Stano, who was clear during his regular briefings in Brussels – there is no place in the EU for bestowing awards to politicians who order the destruction of a neigbouring country and killing of its citizens.

By now the whole World knows who is Putin. Therefore, the European Union condemns the decision of the Republika Srpska’s authorities to award Putin with the order of Republika Srpska. Putin is the one directly responsible for illegal aggression against Ukraine. He is the one giving orders under which Ukrainian civilians are being killed and under which Ukrainian civilian infrastructure is being destroyed. Siding with Putin under such circumstances isolates the Republika Srpska and its leadership internationally. There is no place in the European Union for decorating and awarding politicians who are ordering the destruction of a neighbouring country and the killing of its people. This needs to be very clear to everyone. This decision by the leadership of the Republika Srpska is deplorable and misguided, stated Stano.

With the Deyton Accord dated 1992, two entities were established, the Federation of Bosnia and Herzegovina and the Republika Srpska. The two-unit country is run by a three-member Presidency: representatives of the Serbs, Croats and Bosnjaks (Bosnian Muslims).

Recently the country acquired the status of a candidate-country for EU membership.